Last author interview for the foreseeable future! I’m hoping to do a bit of a wrap up later this month so keep your eyes peeled for that, but right now let’s meet one more author!

Today, I’m joined by author Ted Galdi with his new thriller, An American Cage, coming out next month! Check out our interview below! 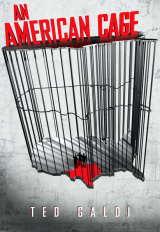 Three inmates break out of a maximum-security prison in Texas, one of them Danny Marsh, a suburban kid in his twenties who landed in jail because of a crime he never intended to commit. An American Cage follows Danny and his two escape partners over a twenty-four-hour period as they struggle to cross Texas to freedom in Mexico. On this dangerous journey, Danny has to evade the rabid Texas authorities, and even worse, the schemes of one of his closest allies, who isn’t who he seems.

Watch this page for purchase links: An American Cage

Sam/Spines: Let’s start off with a little game to learn more about you: what are two truths and a lie about yourself?

Ted Galdi: I like to tell the truth. I like to lie. One of these answers is a lie.

S: How did you get started in writing? Have you always wanted to be a writer?

TG: It started when I was really young. As a little kid, I would draw out cartoons in crayon and make these mini stories. It was always a passion of mine, and took form in one way or another through my life. When I was a teenager, my friends and I would act out these goofy skits I would write, and film them in my parents’ basement. A little later I took a shot at my first screenplay. I was always really into movies, and the screenplay format (at least to me) is much more accessible to a beginning writer than the novel one. I took some time off from writing after college to pursue a software career. Once I got that off the ground, and I was able to really focus on writing, I decided to take a shot at a book, which turned into my debut, Elixir.

S: Can you tell us a little about your latest book?

TG: My new book is called An American Cage. It’s a fast-paced, gritty crime thriller set in Texas, about three prison escapees trying to dodge the police on their way to freedom in Mexico. Danny, the protagonist, is far from a hardened criminal. He’s a suburban kid who wound up in jail due to bad luck. Needless to say, he’s way out of his comfort zone during this adventure, where things keep getting worse and worse. Soon, he’s fighting for way more than his freedom. His own life, and those of his family, become at stake. It’s got a lot of suspense and adrenaline-filled scenes, but touches on some major philosophical ideas as well. Hopefully it can keep readers entertained and make them think at the same time.

S: The main characters seem like a ragtag group. Is there one you feel most drawn to or see yourself in?

TG: They are all very different from each other. Danny and Monty are both in their mid-twenties, but have varied upbringings, with Danny coming from an upper-middle-class family in a mostly white neighborhood and Monty coming from poverty in a mostly black one. Phil, an ex-professor, is over twenty years older than the other two and rather nerdy, versus them being pretty cool. None of them is based on me, though Danny does have some traits and ways of looking at things that are similar to mine. I really enjoyed writing the character of Jane Pilgrim, the female lead, who enters the story about a third of the way in, and joins the guys – though not intentionally – on their escape adventure. She’d be a fun person to have a few shots with.

S: What inspired you to tell this story?

TG: Around the time of my life I began An American Cage, I was very interested in the philosophy of consciousness. For instance, at its root level, what’s a thought? This sounds like a pretty simple question, but if you really think about it, you realize how complicated it is. I wanted to write a story that was entertaining and exciting on the surface, while exploring these sorts of questions one layer below.

S: An American Cage takes place over only 24 hours so I can imagine it’s quite a tense story. Did you have any difficulty with writing this story and keeping it within this timespan?

TG: It was fun packing all that action into one day. My first book, Elixir, though also a fast-paced thriller, spans seven years from first chapter to last, so this was a major change. The chapters in An American Cage often alternate from protagonist Danny’s POV and the “main” storyline to those of supporting characters and the subplots interconnected with the central one. Balancing all this in the same day wasn’t necessarily “difficult,” but I had to be very careful about time lapse. For instance, if you’re writing a book that happens in one day, and you’re doing a chapter about two characters in a scene during sunset, you have to gauge how much time has gone by, to the minute, during their exchange before jumping to a new chapter with new characters, because it could change the setting, i.e., is it nightfall yet or is the sun still going down? When a book takes place over a long period, each chapter isn’t so tightly coupled to the last, and you don’t have to pay attention to these things at that level.

S: Your first book Elixir was also a thriller but involved a younger protagonist. Are you able to explore some different themes in An American Cage since it has a more adult cast?

TG: With Elixir, I tried to write a story that would resonate with an adult audience, while also staying true to the age of the protagonist, which is eighteen through the majority of the book, and appealing to a mature set of YA readers. Its message is about accepting how nature made you, even if you’re different. Obviously, this theme makes sense to the YA crowd, many of whom are still finding themselves and coming to grips with their own identities, but also holds for adults of any age. In An American Cage, I took this idea of “identity” one step further, exploring the lines between nature, consciousness, and what some would call the “soul,” and how those things blend together to create a unique person. This sort of theme definitely is more suited to an adult reader versus the traditional YA one, however, I still think that mature YA subset, the ones a bit “ahead of their years”, would find it intriguing.

S: What are you working on next?

S: And now for some fun questions: Dogs or cats?

S: What is your Hogwarts house?

TG: And…and I’m saying this at my own risk and I’m sure a lot of people will hate me for it…but I’ve never read a Harry Potter book. I have nothing against them, just never read one.

S: And finally, where can we find you?

TG: I love hearing from readers. Please email me about anything at ted@tedgaldi.com. Online links…

About the Author: Ted Galdi entered the world 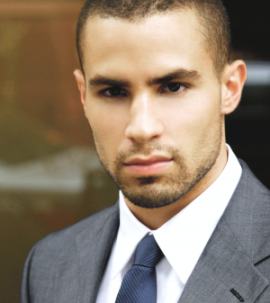 of novel writing with the publication of bestselling Elixir, winner of a Reader Views Reviewers Choice Award and a Silver Medal in the Readers’ Favorite Book Awards.

He’s a graduate of Duke University, a major in Political Science with a Certificate of Achievement in Film, Video, and Digital Media Studies. After college, Ted co-founded a software company.

He recently completed his second novel, An American Cage, to be released Summer 2017.

More of my reading in the sun from the other day.
What's your favourite place to read?
Another of my current reads! What are you reading this week?
What’s something joyful you’re planning to do in April?
What was your favourite read of March?
I missed physical books!
Cw: violent attack
What's a historical mystery you'd love to solve?
How have you been caring for yourself this past week?