Today I’m excited to be part of a book blitz tour, promoting Carolyn Arnold’s third book in her Madison Knight series, Sacrifice. Originally released in 2012, this past week say Sacrifice reach its fourth anniversary! So in honour of that milestone, here’s a little something to peak your interest in this series.

But first, don’t forget to check out the other bloggers taking part in this book blitz! This book blitz is organized by Lola’s Blog Tours and runs from 31 July till 6 August. See the complete blitz schedule here: http://lolasblogtours.net/book-blitz-sacrifice-by-carolyn-arnold/

When the son of business tycoon Marcus Randall, washes up on the shore of the Bradshaw River, Detective Madison Knight must sacrifice everything including her career to find justice for the “perfect murder.”

With Marcus Randall already on the radar of the Secret Service for fraud and counterfeiting, the investigation sheds new light and they require the full co-operation of the Stiles PD. But with power and money to back him, Marcus has a reach that extends right inside the police department.

If Madison’s going to find out the truth, she’ll have to sort through the lies and balance diplomacy with politics.

“Madison is what you’d expect from a female cop: tough, tom-boyish, sarcastic, fearless and intensely emotional and dedicated when it comes to her job. And yet she has a vulnerability that Carolyn does a beautiful job of illustrating just when you need to see Madison’s softer side. She’s lonely, as much as she refuses to admit it…”  – Katie Jennings – Author of So Fell the Sparrow

Give Detective Madison Knight a dead body and she can handle it. In fact, she loves solving murders and finding justice for the victims and their families. But when it comes to love, Madison would rather avoid the word—and any commitment that comes with it—with her entire being.

She believes “her heart was broken for life” when she found her fiancé in bed with another woman. But somehow Blake Golden, a defense attorney, wormed his way into her life. They’ve been dating a few months now, and Blake wants more. But is taking the next step something she’s ready for? And really, aren’t they on two different paths in life? He defends the guilty, and she strives to put them away.

It’s the murder of a local business tycoon’s son that will really test their relationship. Will Madison be willing to look the other way as her boyfriend represents the opposition, or will she cut and run?    – Carolyn Arnold – Author of Sacrifice (Detective Madison Knight Series)

ABOUT THE DETECTIVE MADISON KNIGHT SERIES

Murder. Investigation. The pursuit of justice. Do you love trying to figure out whodunit? How about investigating alongside police detectives from the crime scene to the forensics lab and everywhere in between? Do you love a strong female lead? Then I invite you to meet Detective Madison Knight as she solves murders with her male partner, utilizing good old-fashioned investigative work aided by modern technology.

Read in any order or follow the series from the beginning: Ties That Bind, Justified, Sacrifice, Found Innocent, Just Cause, Deadly Impulse, In the Line of Duty, Life Sentence (Bonus Prequel). 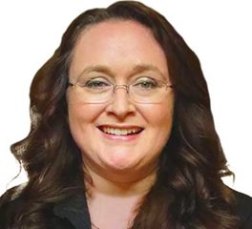 CAROLYN ARNOLD is an international best-selling and award-winning author, as well as a speaker, teacher, and inspirational mentor. She has four continuing fiction series—Detective Madison Knight, Brandon Fisher FBI, McKinley Mysteries, and Matthew Connor Adventures—and has written nearly thirty books. Her genre diversity offers her readers everything from cozy to hard-boiled mysteries, and thrillers to action adventures.

Both her female detective and FBI profiler series have been praised by those in law enforcement as being accurate and entertaining, leading her to adopt the trademark: POLICE PROCEDURALS RESPECTED BY LAW ENFORCEMENT™.

Carolyn was born in a small town and enjoys spending time outdoors, but she also loves the lights of a big city. Grounded by her roots and lifted by her dreams, her overactive imagination insists that she tell her stories. Her intention is to touch the hearts of millions with her books, to entertain, inspire, and empower.

She currently lives just west of Toronto with her husband and beagle and is a member of Crime Writers of Canada.

And don’t forget to sign up for her newsletter for up-to-date information on release and special offers at http://carolynarnold.net/newsletters.

Are you participating in any summer reading challenges?
What kind of books are you reading right now?
Not so bookish but I love my sticker spread for this month!
Are there any books that you've been let down or pleasantly surprised by because of your expectations?
More reading by the water!
Look at that, I’m actually posting a photo of one of my current reads.
Yes, I did throw a random book in the shot so this could count as a bookish photo.
First #PeekABook drops!
Ready for more book hiding?